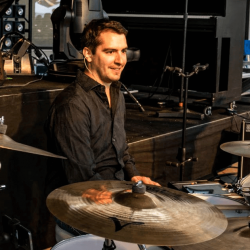 Littleton Drum Studio is the premier private drum lesson studio in Littleton, boasting the experience and training to help any student reach their goals. The owner and head instructor, Jake Bergeron has a wide and varied musical resume that has given him the experience and know-how to help you or your child succeed in achieving your musical goals. Whether that means preparing auditions for ensemble groups like jazz and marching band, getting ready for big college entrance auditions, or simply fostering a love of music for those that want to start their own bands or improve their understanding of the instrument.

Jake has been playing drums and percussion since he was 10 years old and has studied an extensive variety of styles and instruments within that time. Growing up in Littleton, Jake took private drum set lessons and joined every music ensemble that was offered throughout his primary, middle and high school years; including jazz band, concert and marching band, musical theater and even choir. This range of experience has given him an excellent perspective of the demands of different musical groups, and has allowed for a much more in depth understanding of how to prepare specifically for each. As a teacher being on the other side of these productions, it has also given Jake a great understanding of the requirements, benefits and constraints of traditional music programs.

The goal of the Littleton Drum Studio is to enhance all areas of its student’s performance with private teaching and personal development.

After high school, Jake was accepted into the nationally recognized College of Performing and Visual Arts at the University of Northern Colorado where he studied with Gray Barrier, Jim White and Chris Smith. While there, Jake received an even more advanced and diverse range of instruction covering: musical styles and performance practice, theory, history and teaching pedagogy. In addition to performing in hundreds of musical productions, Jake also recorded nationally distributed albums for Grand Mesa Music, as well as his own original projects. He performed in percussion ensembles, marching band, concert bands, symphony orchestras, Latin jazz groups, independent rock bands, and was chosen to perform several world premier pieces during his tenure at UNC. Jake received his Bachelor’s degree in Music Performance, emphasis in Percussion with a minor in Elementary Education in 2012. 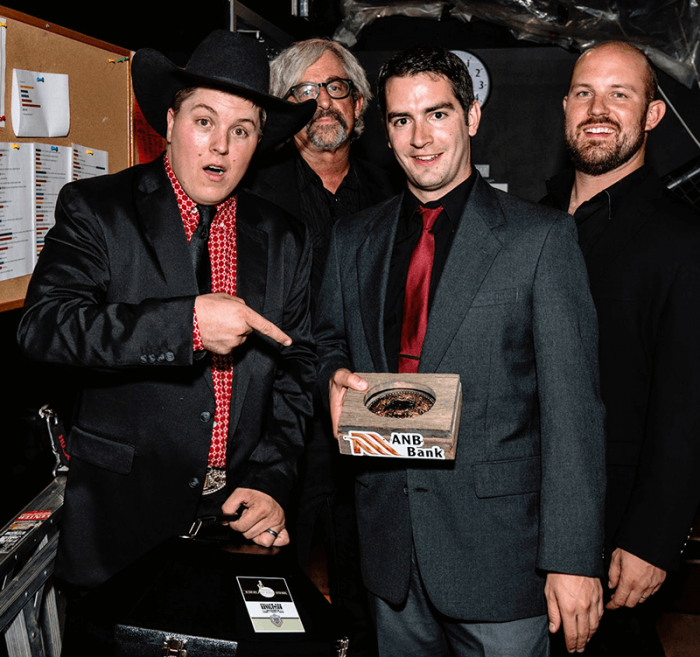 Jake continues to perform in both classical and modern groups throughout the year. Jake has performed in and founded several thriving bands, covering styles from R&B, Soul, Funk, Rock, Pop, Country, Jazz, and many styles in between. He is a regular performer at the Rocky Mountain Country Music Awards (RMCMA), and has toured and recorded with Nashville Singer/Songwriter, and RMCMA Songwriter of the Year (2016), Austin Wahlert. Jake has toured both locally and internationally, allowing him to meet and study with drummers from around the world in a very personal setting.

Jake has experience as a percussion director at Columbine High School and Mountain View High School. He has written and arranged musical programs for multiple percussion groups and continues to do so alongside his private teaching. He is a Sabian Education Network certified instructor, and a regular teacher at Hummingbird Music Camp in Jemez Springs, NM. He has also donated his time and knowledge as a judge for the international female only drumming competition “Hit Like A Girl”. Jake actively works to stay connected with area schools and local band directors, to ensure that the entire musical community is working towards the same goals for their students.

Since 2007 Jake has been teaching privately and working in the music industry all along the Front Range. In 2015 he was presented with the opportunity to return to his hometown of Littleton and teach at the Littleton Drum Studio full time and give back to the musical community that helped raise him. He was thrilled to take this chance, and has been working with so many fantastic students since then.

Jake Bergeron has life-long passion for drumming, which he works to grow and improve upon everyday, and continues to strive in sharing and inspiring that same passion with his students! 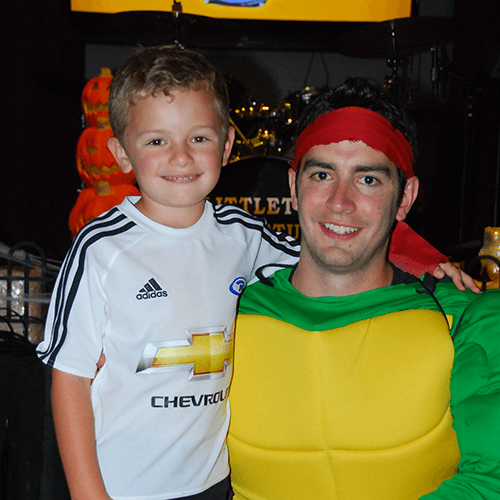 Just wanted to give a big Thank You for putting on yet another spectacular concert. It's so neat to see these kids (of all levels) experiencing the feeling of performing in front of a crowd. I can't tell you how much Andy learned. He was disappointed because he "messed up" a couple times, but we had a wonderful conversation about how he recovered and continued on. These are lessons that will not only help these kids in a performance situation, but also as an adult speaking in front of crowds.

Anyway, this is awesome! Keep up the great work.